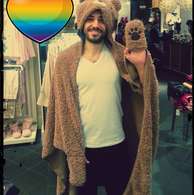 I am the personal assistant that you are looking for.

Hello, My name is Fatih . I was born in Izmir and I’m currently working towards my master's degree here, while simultaneously working freelancer in advertising. I’ve graduated from Ege University with a degree in Journalism. Following this, I started my masters in Communication and I am currently writing my dissertation on “Glocalisation”. Glocalisation is actually a marketing term relating to the placement of global products. I am adapting this term to imported adaptation films and tv series in Turkey. For example, the U.S. TV series “Shameless” has been adapted to Turkish TV as “Our Story”. What I do is a linguistic and cultural comparative analysis of the transition from English to Turkish through exemplifications from the original and adapted scripts. I’m aiming to establish the differences in western and eastern gender identity and roles through studying the changes in these adaptations within the broader context of Glocalisation. As I am passionate about movies and a huge fan of cinema culture, TV shows and all about visual media, this thesis theme chosen by me. Prior to graduating from Ege University in 2009, I went to America with Work&Travel and worked as a photographer and salesperson at Kodak’s Dollywood Amusement Park. An essay I’d written on music at the time was selected to take part in a global event organized by MTV that took place in Liverpool and London. After a 10 day journey with musicians from all over Europe, we attended the MTV Music Awards. Also during my bachelor studies, I worked as a correspondent and studio attendant for Turkey’s established official national TV channel TRT. After graduation, I worked for the Istanbul Culture and Arts Foundation (IKSV) as a guide to globally recognized artists, authors, and movie directors such as Reha Erdem, Jacob Tierney, Jay Weissberg, Karel Och on the local culture of the city. Shortly after, I established myself in advertising and have since worked for leading advertising agencies in Istanbul and Izmir, including Look, AlametiFarika and Naria. As part of my work, I have created both digital and traditional content for global and local brands such as HSBC and Turkcell, Turkey’s largest rovider. Additionally, I’ve supervised Turkcell’s digital content, which meant adapting global contents of brands including Apple and Samsung to the Turkish market and consumer through personally managing the editorial and creative processes. Meanwhile, I’ve contributed as an author to a collection of short stories published under the name “Ekşi Öyküler” which has received recognition and successful sales figures in Turkey. Currently, I’m at the negotiation stage with a number of publishers for my first stand-alone novel “Yok”. And, I am also working on my first drama play named "Havalimanı". I’ve performed leading roles as an actor at plays produced by Istanbul’s independent theatre companies. I have trained as an actor by significant actresses/actors such as Ali İpin, Cihan Ünal, Celal Kadri Kınoglu, Müge Oruçkaptan, Ayla Algan and Meltem CumbuI. I continue to act by the Eric Morris System and I accept small roles to be on the part of the cinema industry.

I have worked as a content writer and creative for "SineKafa" app which is produced for Turkey's leading cinema, theatre and television production company Besiktas Cultural Center (BKM). Some of my duties in this process were to watch all the films produced by BKM and to create questions about these films. I have also worked for BKM's films, events, plays' press releases to transfer into the company's official web site. Additionally, I have recently completed my training as a professional yoga instructor accredited by Yoga Alliance and I’m actively pursuing my journey into yoga further. I’ve designed the first album cover of Mabel Matiz, a very famous band that’s considered among the pioneers of Turkish pop music. Among my other interests is Sufism, an ideology that encompasses music and art as a lifestyle and I have a special admiration for Yunus Emre's discourse in this field. I take great pleasure from exploring new places, meeting new faces, cinema, geek culture, and writing on both my personal blog and traditional media outlets. Some of my abilities are briefly as follows: - Producing SEO compatible content for consumer websites - Overseeing all stages from production to execution and management of creative projects for new media - Monthly Social Media reports and content creation - Working from a client brief to produce content for all new media platforms - Developing marketing texts and materials for print media, writing press releases - Managing concept, design and execution stages of a campaign - Providing press consultancy and public relations services to businesses - Preparing and pitching presentations for all new media campaigns - Creating all written content for print and digital media - Supervising and assessing visual content - Branding and Positioning - Creating and u

I can type 50 words per minute using a QWERTY keyboard. 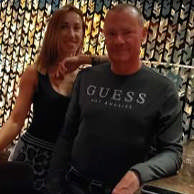 I am very happy. I have a great personal assistant. 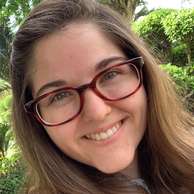 GreatAuPair.com has connected me with families I wouldn’t normally be able to find on my own. I am very excited to start wor