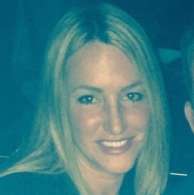 I am a veteran of Guggenheim Partners, coming in while it was still in its growth phase being an instrumental part of building it to a large corporation. I held a tenure of six years working for two Senior Founding Partners, wherein left Guggenheim with both of them to be a part of two start ups, G2 Investment Group and Forbes Private Capital Group currently dba Focus Point Capital Group. Both my Executives were/are married to one a woman on New York high social scene and the other who is globally recognized in the fashion world.

I held this position both Co-Chairman with a tenure of twelve years. My decision to move on was only due to the fact that my Executives had both a personal and professional falling out (this was made public).

I moved on to take a position with Light Sky Macro, at the time it was a start up Macro Hedge Fund and I was no stranger to what it took to be part of an established firm but also a start up. Notwithstanding this, I was quite aware of the warning signs of lasting business platforms and LSM at the time of live trading and the months that proceeded, the firm was overwhelmingly under performing. Given my strong history in longevity with my previous supports I sought out the same stability and partnership while working with my Principles previous out of Guggenheim.

I moved on and took a position at Liveperson, Inc. My experience during the extensive interviewing process represented one of the key components of finding my next place to call home and that was a true Partnership with my Principle and historical 20 years of stability. After hitting a 90-day period, I had to make the unfortunate decision to resign as my youngest (20) came home from College very ill with the potential to be gravely ill. At this time all of this is behind us.

During the trying time of dealing with son’s illness and surgery I was able to continue working as a “virtual assistant”, obtaining clients via UpWork platform, moving on to taking project positions that offered flexibility as my son was on the mend. I successfully completed a transitional project for Ilaria Bulgari via The Bulgari Family Office (Elystone) and recently winded down on a project position with Minerals Technologies.

I can type 80 words per minute using a QWERTY or Dvorak keyboard. 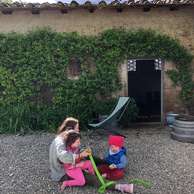 Greataupair is fantastic! has found me amazing families, would definitely recommend. 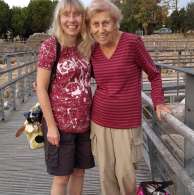 We have been very happy with the care provider we got through the website. She is an amazing help to my mother, who suffers

Position is: Live-in or Live-out