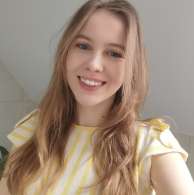 Hello potential host family! I'm Viktória, a 22 year old Hungarian-Slovakian girl with years of au pair experience behind me and I would like to transition to a Junior Nanny/Nanny position. In my free time I like reading books, occasionally watching movies, visiting museums and amusement parks and I enjoy a good conversation with a group of friends or a small party. My family at home has a dog and 5 cats which I absolutely adore so if you need help with animals it wouldn't be a problem as I have years of experience taking care of them! I like my environment to be tidy and organised so I won’t mind housekeeping tasks like laundry, hovering, ironing(even for the whole family)...- on the other hand I really try to make it natural for the kids I look after to pick up things after themselves. With my previous host family I occasional cooking was also included in my responsibilities and I found myself enjoying it. I would also love to learn traditional dishes of different countries. I'm not vegan/vegetarian nor do I have any allergies, but I try to eat and cook healthier-my host kids seem to enjoy my recipes as well. I had experience with a vegan host family and children with lactose/gluten intolerance and I know how to adapt to those situations with ease. I enjoy studying. During my high school years I was part of the student council, drama club, school paper as well as literature/maths and physics extra lessons, so assisting the children with their homework wouldn’t be a problem. I like to be creative with the kids-both with doing crafts or playing out stories and doing simple experiments. In my free time I try to use my bike as often as I can, and I also used to be in a cheerleader. If your kid(s) are sporty I would be more than happy to play with them or take them on little adventures (walking/biking trips, hiking etc.). I love learning languages. I'm native Hungarian, but I speak fluent English and a conversational Slovak. while in Switzerland and Austria I’m learning German (currently B1-2) which I plan on continuing. I’m also on a conversational level in Czech and French (A2/B1) During the summer 2017(june-august) I worked as a summer au pair with a family in England who had two 8 year old twin daughters. Because both parents were doctors who worked heavy shifts, we spent the whole day together playing, reading and being creative- I spent a lot of time with the girls-even outside of my "work hours”. From the beginning of October until end of November 2018 I spend two month-was intended to be 2 month- in Zürich with a family of 4(who had a 2,5 and a 1-year-old son). My main duties Monday until Thursday were getting the kids ready for day-care, dropping them off, picking them up and keeping them entertained until the parents returned during the evening. Taking care of the kids toys, laundry and making dinner were also under my responsibilities. On Fridays I was assisting the mother. After that I was in North Switzerland au pairing for a family with a 2 year old daughter and a 5 year old son until the end of April. The daily routine included school pick up/drop offs, housekeeping and cooking for the family while looking after the kids and keeping them entertained. On Fridays I spent the whole day looking after the little one, and the older one after noon. As the children had Hungarian origins but the parents only spoke German I was also responsible for teaching them Hungarian through playgroups, games and books and the parents fount they have improved quite a lot with my help. Since autumn 2019 until August 2020, I was an au pair in Lucerne, Switzerland with a family of 4 who had a 3 year old son and a 5 year old daughter. The family was French and as an au pair I was speaking and teaching the children English. I was responsible for getting them ready for school/picking them up and entertaining them in the afternoon for example visiting museums, playgrounds, swimming…. I was also supporting them during the first lockdown in Switzerland with different home-schooling activities. The daughter was suffering from Dyspraxia so to help I also learnt some sensory improvement games and learnt ways to calm down a child in sensory-overwhelming situations. Since the autumn of 2020 until the summer of 2021, I was an au pair in Vienna, looking after a 5 yo girl and a 10yo boy. As the mum was a surgeon who occasionally worked night/weekend shifts I’m used to looking after children during longer periods of time even on short notice. As au pair positions only last up to a year by law in Austria, I’m looking for a new position starting in September 2021. I'm COVID vaccinated so traveling wouldn’t be a problem ?? 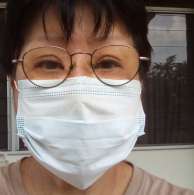 Great Aupair is really a great help for those looking for work. 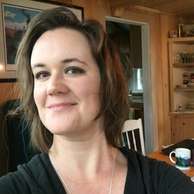 Dear my lovely host family I am from Indonesia, I am 54 YO Balinese women and I am ...