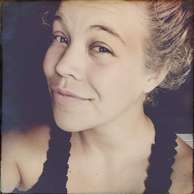 Nanny with a Smile

Hello! My name is Caitlyn. I have 28 years accounted for, half that being a kid and the other half working with kids. Actually, who am I kidding, working with kids is a bit of a Peter Pan neverland tale that gets more technological as the years progress. I love working with kids- I find their raw curiosity to be utterly inspiring. I began babysitting when I was 11, transitioned into daycares and YMCA programs at 17, and have been a nanny since August 2011. I have gotten the opportunity to see kids not only in their 9-5 daze of play, but also their 5 pm to 9 am -a reality that is evenings, bedtime, and mornings. I have seen the good to the downright horrible in checking off milestones. The kids and I have learned from both sides of the spectrum- kids will walk and talk when they are ready, but optimism and enthusiasm go a long way in making it worth their extra effort and sorting shapes on the iPad through curving roads is a recipe for a mid-road trip woozy stomach explosion. When I started with my last family, the youngest was seven months, and the oldest was turning three. Upon leaving, the youngest was turning three while the eldest eagerly awaited his golden birthday turning five on Cinco de mayo. I then returned when the third child arrived for the six months before Montessori. My current family is four kids, the eldest is eight and diagnosed on the spectrum, then a six-year-old, followed by a set of 4-year-old twins. It's busy, it's messy, it's loud, and it's fun. I can confidently say that while I learned a lot of tips and tricks throughout my first eight years working with all ages between 6 weeks to 13 years- I have gained tenfold working nearly 24/7 as a nanny. There's a charm to keeping kids happy for small doses, there's an art to being a part of a child's life day and night, sick and healthy, vacation and at home, holidays, and every day in between. I wasn't a parent, but for the first time, I did get to understand their side of the story and the immense pressure that is trusting "the village." I know kids and would love to be part of your kid's story. I am seeking a position in California beginning mid-June 2020. 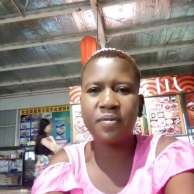 Greataupair has been very helpful to me. lm very thankful i have found my favorite family and i love the kids very much. 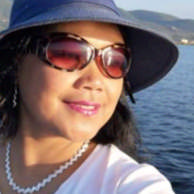 Great place to find the job within a short time. Thank you Greataupair.com

Position is: Live-in or Live-out, 50 Hrs/week

Due to the changed au pair rules in our country we are only looking for a trustw...